The Voice of China has formally held the final round of its competition “Homart Pharmaceuticals – the Voice of China, Oceania Region in the Zenith theatre, Sydney, Australia on the 15th of June 2013. The value of the copy right for the event was over half a million Australian dollars, exceeding three million Chinese Yuan. The Managing Director Ms. Lynn YEH of Australian Homart Pharmaceuticals, the exclusive title sponsor of the second season of the Voice of China Oceania Region, attended the event in her formal dress and encouraged the new competitors on stage together with other guests including Australian well-known philanthropist Mr. Jicheng WEI and his wife, Mr Deyu ZHAI. Other guests included the secretary of cultural affairs of Sydney General Consulate of P.R.China Mr. Guozhong WANG, the Senator of NSW Mr Guolin TANG, the Chairman of Chinatowns Australia Online Mr. Junwu YU of Sino-Australia Association of Culture and Arts, Ms. Qinfeng ZENG, the Chairwoman of XinFu Foods Group, Miss Dongmei LIN, Chairwoman of Fengyatang Group, the representative of Huaxia Media Melbourne, the Sky Kiwi, the representative of the Pacific Centre of Cultural and Arts Exchanges, amongst other distinguished guests. END_OF_DOCUMENT_TOKEN_TO_BE_REPLACED 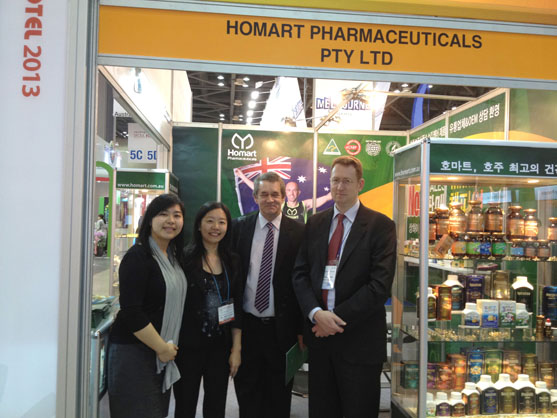 Homart has won 12 international awards in consecutive years, such as the ‘NSW Governor Export Awards,’ ‘Champion of NSW Business Achievement’, ‘NSW Business Achievement Awards’ and ‘Awards of Entrepreneurial Model’. Homart has become one of the top leading brands representing Australian Health food products. With the strong recommendation of the Australian Trade Department, Homart Pharmaceuticals participated in the biggest event of the Seoul Food & Hotel Expo 2013 between the 14th and 17th of May as the leading supplier of Australian health products. END_OF_DOCUMENT_TOKEN_TO_BE_REPLACED 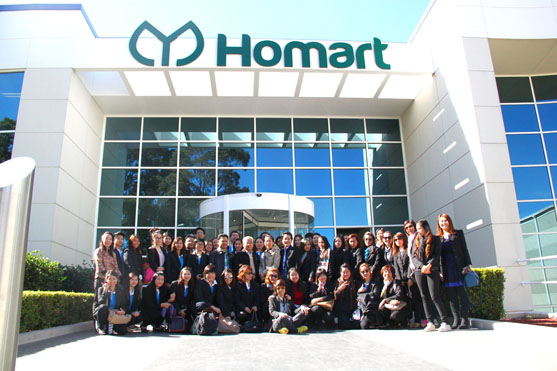 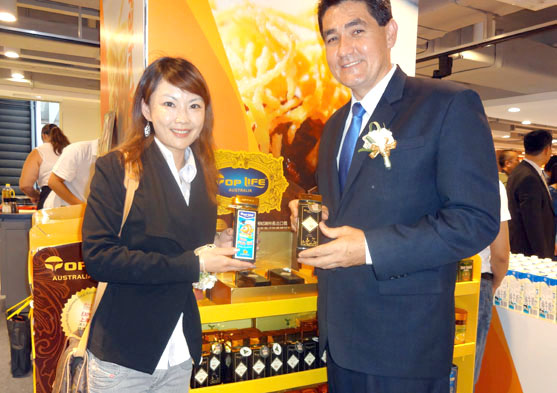 The ‘Australia Products’ Festival in Kunming China was held from 17/05/2013 to 26/05/2013. It is held by Austrade, together with Kunming Baisheng, Bailian Corporation and Kunming Difei Trade Pty, Ltd. This has been the largest Australian product expo in China held by Austrade to date. The ten-day product exhibition displays more than 200 Australian products. On site, the Australian famous health food and skin care products brand Homart was warmly welcomed. In addition, the hosts of the exhibition held a wine tasting party in order to introduce Australia’s original import products to Chinese local consumers. END_OF_DOCUMENT_TOKEN_TO_BE_REPLACED