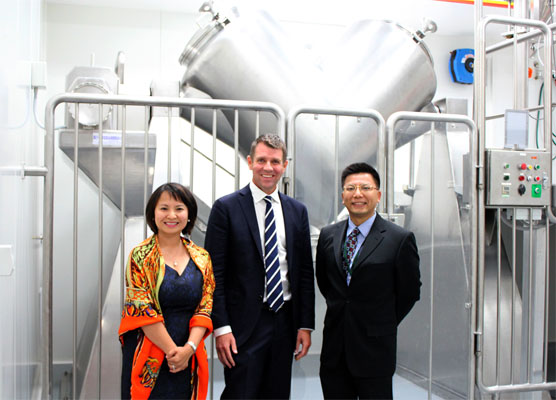 Australian Treasurer and Minister of Industrial Relations The Hon Mike BAIRD MP led a group of people (including Dr Geoff LEE MP, Parramatta Mayor -Cr Chedid, etc.) to visit Homart’s new cGMP Factory in Rydalmere, and as well made a wonderful presentation in Homart’s large conference room. In the morning, Homart prepared the red carpet to welcome all the visitors. After all the visitors arrived, Homart Managing Director Ms Lynn YEH and Operations Director Mr Jeffrey accompanied the The Hon Mike BAIRD MP and the group of people to visit Homart’s new 15,000 square metre factory, including the award show room, the cGMP sterile manufacturing area, large activity centre, dining room and the Century-old Homart Museum, located in the lush green woods. After that The Hon Mike BAIRD MP and Dr Geoff LEE MP made a presentation in the Level three Conference Room.   END_OF_DOCUMENT_TOKEN_TO_BE_REPLACED 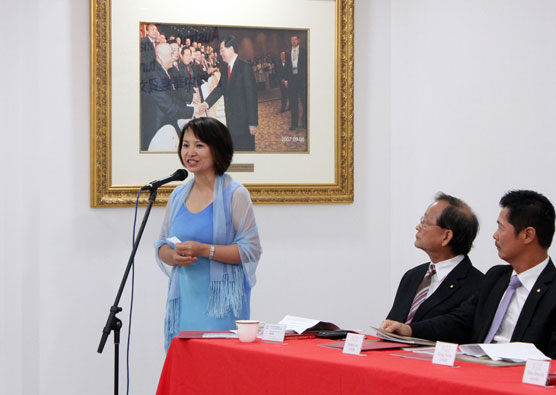 Coming a long way from the racial antagonism of the early gold rush days, Chinese-Australians have contributed greatly to today’s multicultural Australia. <Dragon Footprints> reveals the hardships, courage, hopes and achievements of six prominent Chinese-Australians. These inspiring stories reflect upon one of Australia’s most significant and illustrious migrant groups.

This rare documentary is produced by the Asian Media Centre and the Australia Network, playing in the Australian Broadcasting Corporation (ABC) international channels, as well as Asia Pacific Insight Web, video site YouTube, and many micro blogging websites, as well as other social media network platforms. In addition, the album and DVD will also be sent as gifts to all regional libraries and community groups in Australia for the Australian public to watch.

The Managing Director of Homart, Ms Lynn Yeh is one of the protagonists of this documentary, and was honoured to be invited to be interviewed in the film shoot. This documentary records Lynn’s stories growing up, highlights her great achievements during her career, and displays her significant commitment to society. It highly praised the Chinese-Australians’ perseverance, courage, and indomitable spirit. Ms Lynn YEH is a second-generation migrant form Taiwan, graduated from University of Sydney, with a masters in Marketing. Lynn established Homart Pharmaceuticals in 1992, specializing in manufacturing and exporting health supplements, skin care products and infant formula. Ms Lynn YEH is consistently leading Homart to become a world famous Australia health supplement and skin care product company.

Ms Lynn YEH sincerely believes that company culture is the essence of success. She thinks an organisation, like a person, has a character, and she wants to lead Homart to become a respected company. Homart’s culture includes “reliance, law-abiding, honest, responsible, work efficient, and innovative”.

Since its establishment in 1992, Homart Pharmaceuticals has been constant in their culture of faith, reliability and sustainability by providing premium quality health food products. It is well known for its 3 trademark brands, Spring Leaf, Top Life and Health & Nature in Australia. Homart was the sole Health Food Supplier at the Australian Pavilion at the Shanghai World Expo and its health supplements and business have won 14international awards in the past 4 years. Homart’s products are not only well-known in Australia, but also famous throughout the world.  They represent high Quality, Purity, Natural and 100% Australia made health supplements and skin care products. <Dragon Footprints> is a documentary record of Homart’s great growth and successful performance! 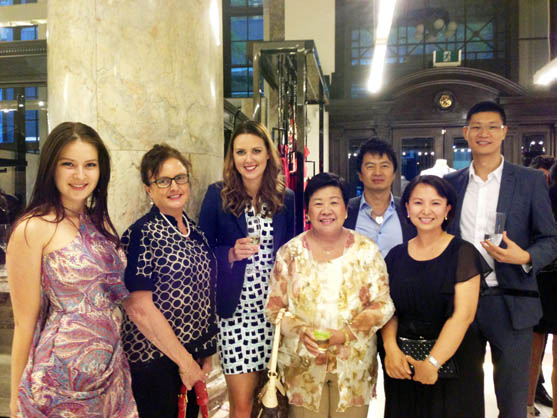 Westpac, as one of the oldest bank in Australia, founded in 1817, has become the fifth biggest bank in Australia. Now, Westpac has set up new branches in Asian, American and Europe. As the long term ViP client of Westpac, Homart pharmaceuticals was invited to attend the Westpac/Burburry Chinese New year event and also to celebrate second Chinese edition of fashion magazine ‘BAZAAR’. This event was grandly hold at the Burberry flagship store in Sydney. END_OF_DOCUMENT_TOKEN_TO_BE_REPLACED 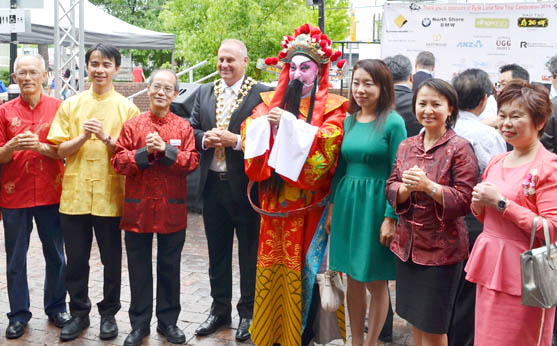 Located in the City of Ryde, Eastwood is a place full of people from different backgrounds, especially Chinese and Korean immigrants. Recently, a grand annual celebration was held there, and Australia business guests, local residents and ethnic community representatives were invited to attend this celebration. END_OF_DOCUMENT_TOKEN_TO_BE_REPLACED