The Australian ‘The Daily Telegraph’ conducted an exclusive interview with Homart recently. Since its establishment in 1992, Homart Pharmaceuticals has undergone steady growth each year, extending its market all over the world, and has also won 14 International awards in the past 4 years. Homart specialises in the manufacture of high quality health supplements and skin care products, which have expanded to the Asia-Pacific region, Europe, The Middle East and many other countries and regions. Homart’s new 15,000 square metre factory located in Rydalmere includes the cGMP sterile manufacturing area, large activity centre, dining room and the Century-old Homart Museum, located in the lush green woods. END_OF_DOCUMENT_TOKEN_TO_BE_REPLACED 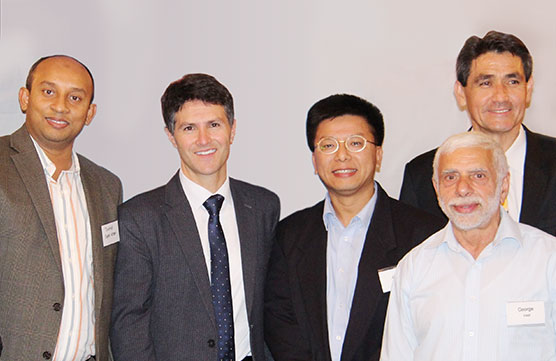 On the 5th of May 2014, Homart Pharmaceuticals Operations Director Mr Jeffrey met with the Minister for Aboriginal Affairs and the Minister for Citizenship and Communities –The Hon Victor DOMINELLO MP and Dr Geoff Lee MP. Both parties discussed the future planning of the business and district development in Parramatta. END_OF_DOCUMENT_TOKEN_TO_BE_REPLACED 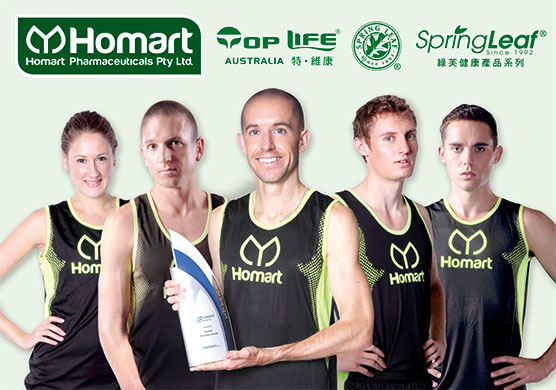 Homart Pharmaceuticals proudly sponsors the Australia Distance Running Academy. The Academy’s main athlete, Mr. Jeffrey HUNT, is renowned as the No 1 athlete of the Australian Marathon National team, and has been the national champion in long distance running for several events from 2007 onwards. Some of Mr. Jeffrey HUNT’S impressive achievements include being the winner of the gold medal at the Australian Cross Country, representing Australia in the Commonwealth Games as a marathon runner, an event held in India, coming first in a marathon with a time of 2:11:00, a 2010 record. All of these achievements culminated in Mr. HUNT’S participation in the 2012 London Olympics, representing Australia as an elite international athlete. Mr. Jeffrey HUNT has won numerous awards and achievements in his running career, and consistently brings great honours to his country Australia. Through its actions and charitable donations, Homart Pharmaceuticals shows its support to participation in sports and activities that encourage and promote well being, demonstrating its sincere care and attitude towards the health of all Australians. END_OF_DOCUMENT_TOKEN_TO_BE_REPLACED 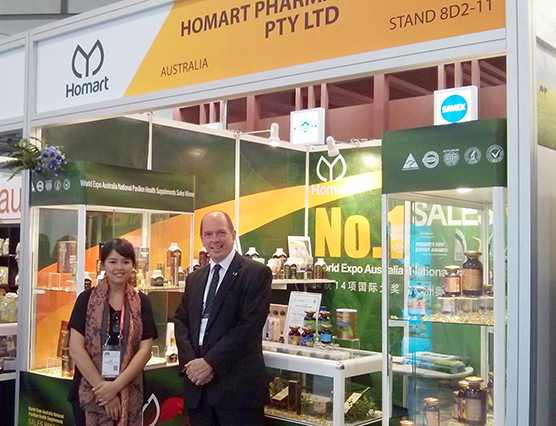 Singapore Food & Hotel Asia (FHA) began in 1978, and is Asia’s largest and most comprehensive international trade event for the food and hospitality industry. Homart Pharmaceuticals was invited to attend this grand event, and took this opportunity to present our high quality health supplements, skin care and infant formula products to the world. This event occupied all 10 halls of the Singapore Exhibition Centre, which amounts to an immerse 102,000sqm of exhibition area. The FHA 2014 welcomed a record approx. 64,000 international trade attendees from over 100 countries/regions, a 5.8% increase from the last event held in 2012. END_OF_DOCUMENT_TOKEN_TO_BE_REPLACED