The Overseas Community Affairs Council of Taiwan (OCAC) has held the Golden Overseas Compatriot Award every year since 2009 in order to evoke the interaction and communication amongst overseas Chinese, and has had enthusiastic responses from everyone so far. This year, the OCAC has requested all Chinese from home and abroad to tell their story by means of a photograph or a short film depicting them at school, at work, in travel, or living abroad, in the theme of “In Memory Of Youth, Reserve of Affection- a Collection of Stories.” This year Homart entered this contest with the <Dragon Footprints> documentary, produced by the ABC cooperation and nominated by the Asian Media Centre. Dragon Footprints is the story of Homart Managing Director Ms Lynn YEH, and won the 2014 Golden Overseas Compatriot Award. END_OF_DOCUMENT_TOKEN_TO_BE_REPLACED

END_OF_DOCUMENT_TOKEN_TO_BE_REPLACED

On November 8th,NSW Premier the Hon. Mike BAIRD MP led a group of people, amongst whom were Dr. Geoff LEE MP, Councillors of Parramatta City Council, and guests, to revisit Homart Pharmaceuticals in Rydalmere, where a cocktail party was held in honour of the Premier to support Dr. Geoff LEE MP’s election next year, as well as an event to meet with outstanding entrepreneurs. After the red-carpet walk, Homart Managing Director Ms. Lynn YEH and Operations Director Mr. Jeffrey accompanied the Hon. Mike BAIRD MP to the Function Room where guests awaited, receiving a warm welcome.

END_OF_DOCUMENT_TOKEN_TO_BE_REPLACED 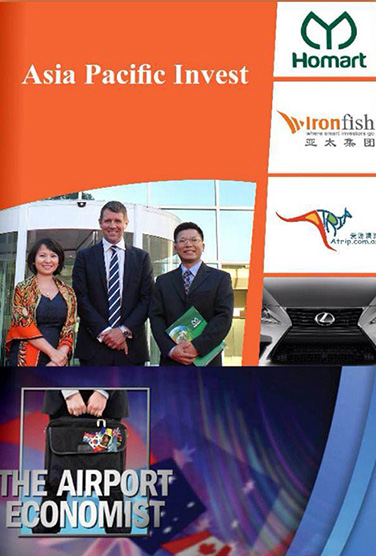 For 22 years, Homart Pharmaceuticals has been devoting its efforts towards 100% Australian made health supplements, committed to contributing towards healthy lives for Australian citizens. Homart has won many outstanding awards in the past few years which have included the 2014 Western Sydney Awards for Business Excellence in Export. The Asia Pacific Invest interviewed Homart Managing Director – Ms Lynn YEH and Operations Director – Mr. Jeffrey, discussing Homart’s culture, operations philosophy and its keys to success. END_OF_DOCUMENT_TOKEN_TO_BE_REPLACED