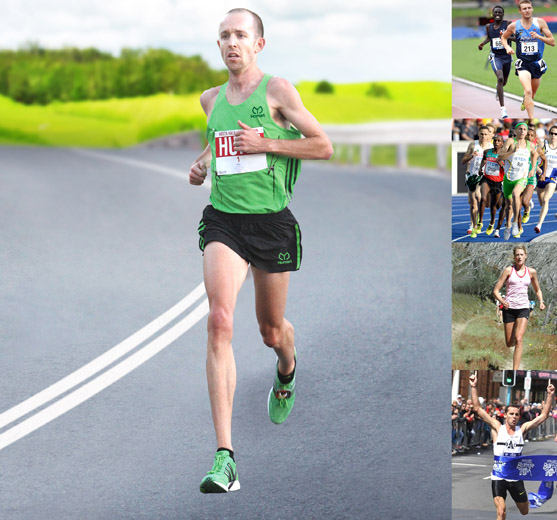 Homart Pharmaceuticals has continuously supported the Australia Distance Running Academy over the years to promote the health of Australian citizens.

Homart Pharmaceuticals is one of the main sponsors of the Australia Distance Running Academy, co-sponsored by ASICS, Heidi Cayzer Massage Therapist, Possi International Promotions (PIP) and ENDURA Inc Sports Nutrition. Mr Jeffrey HUNT, the Academy’s main athlete, is also renowned as the No 1 athlete of the Australian Marathon National team, and has been the national champion in long distance running for several events from 2007 onwards. Some of Mr Jeffrey HUNT’S impressive achievements include being the winner of the gold medal at the Australian Cross Country, representing Australia in the Commonwealth Games as a marathon runner, an event held in India, coming first in a marathon with a time of 2:11:00, a 2010 record. However, all of these achievements culminated in Mr HUNT’S participation in the London Olympics 2012, representing Australia as an elite international athlete. Mr Jeffrey HUNT has won numerous awards and achievements in his running career, and consistently brings great honours to his country Australia. Homart Pharmaceuticals demonstrates its care for the well being and sports participation of Australian Citizens, fully supporting Mr Jeffrey HUNT in his numerous endeavours, as well as supporting the Australia Distance Running Academy. Through its actions and charitable donations, Homart Pharmaceuticals shows its support to participation in sports and activities that encourage and promote well being, demonstrating its sincere care and attitude towards the health of all Australians.

Apart from its sponsoring of the Australia Distance Running Academy, Homart has also devoted its time and efforts into supporting other sporting activities and events for a number of years. Some of these events include the ‘NSW Marathon,’ which starts at Homart’s Upjohn Park every year. At this year’s event, Parramatta Lord Mayor Lorraine WEARNE witnessed and blessed the ceremony, along with Homart’s Managing Director Ms Lynn YEH and Homart’s Operations Director Mr Jeffrey along with numerous other distinguished guests. These guests also had the honour of presenting the awards at the end of the event to all the outstanding athletes. This year’s event was widely publicised and popular, and attracted over a hundred Australian athletes from all age groups. Some of these included athletes from the Australia national team, such as the 1960 Roma Olympics bronze medal winner and 1962 Perth Commonwealth Games Marathon silver medallist David Power. This day event was predominantly hosted by the NSW Cross Country Runner Club, and has become an important and grand event in the NSW athlete’s calendar. As well as being an event for the more serious participants, this event also encourages all Australian citizens to enjoy participation in sports, either individually or with their families. Homart Pharmaceuticals supports this marathon event every year to promote the health and well being of the Australian public.

Homart Pharmaceuticals has always adhered to its spirit of ‘Return to society what it has taken,’ fully supporting Australian participation in sports. Homart always aspires to make an effort with Australian sport events, helping to cultivate home grown talents in the Australian sports field, hoping that these talents will one day go on to represent Australia and bring honour to the country. Homart Pharmaceuticals will continuously sponsor and support the Australia Distance Running Academy as well as other sports, endeavouring to promote the holistic health and well being of Australian citizens.

Established in 1992, Homart Pharmaceuticals has specialised in producing top quality Australian health supplements and skin care products for 21 years, winning 13 national and international awards and recognitions within the last 4 years. Homart always adheres to its spirit and ideology of ‘Return to society what it has taken,’ and has taken steps and measures to actively sponsor various charity events and cultural activities. Homart is going to continue to organise and hold a wide range of charity events in the future to encourage more people from the general public to engage in charity events, leading by example. For Australian Health supplements, Homart is your best choice!