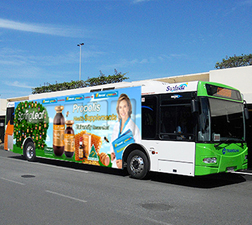 Since our establishment in 1992, the Homart Group has won many outstanding awards in the past 23 years. Homart was proud to be the only health food supplier in the 2010 Shanghai Expo and has proudly won 15 Australia International awards within the last 5 years. Homart has grown continuously and rapidly, launching many new […]

Homart Group was invited to attend the 2015 GuangZhou International Shopping Festival – China & Australia Cultural and Art Festival. Following the tradition from previous years, GuangZhou city has maintained the theme of -Bringing the World to the City of GuangZhou-. This year the organiser has partnered with Australia as the host country and is […]

Homart Group is actively involved in sponsoring events that are contributing to the development of our community. We have again sponsored 《The Voice of China》 Season 4 in the pacific region contest. Homart provides an opportunity for the up-and-coming artists to realise their dream in the music industry.

Homart Group was established in 1992, and in the past 23 years, Homart has regularly been involved in various charity activities. Homart is again taking action to support Jackie Chan – Build a School for a Dollar Project in China. By doing so, we have set an example for other companies that wish to give […]