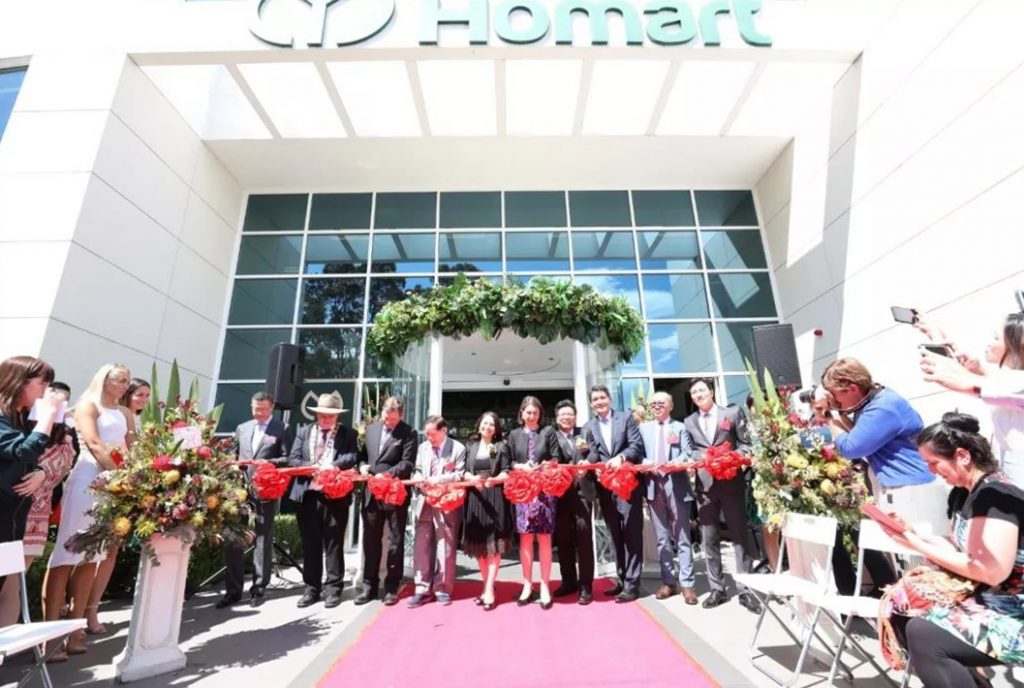 Established in 1992, Homart Group held its Grand Expansion Opening and 26th Anniversary Celebration at its pharmaceutical factory in Rydalmere, Sydney. This was followed in the evening with a Gala Dinner which was held in the Event Centre at The Star. Five hundred distinguished guests from across the globe joined this event. VIP guests include […]

Since its establishment 26 years ago, Homart Group has produced top-quality health foods, skin care products and dairy products in Australia. The products are widely distributed to Asia, Europe, USA and the Middle East. Homart has won the trust of many consumers across the globe. One of China’s four largest e-commerce platforms Kaola selects Homart […] 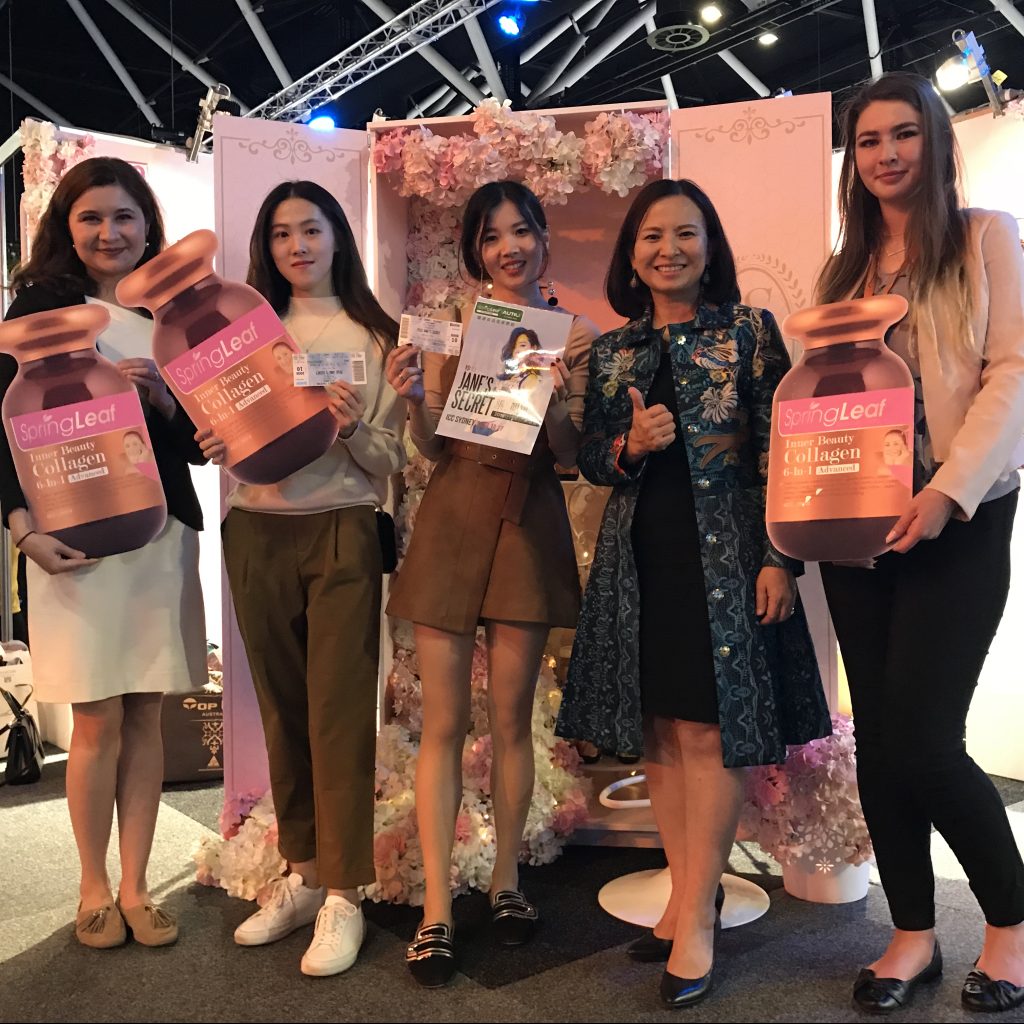 Homart and its popular product SpringLeaf beauty collagen were highly sought after in the 2018 Alibaba Australia E-Commerce Expo held at ICC Sydney. As one of the largest e-commerce fairs in Australia and New Zealand, this year’s show welcomed more than 175 local brands. Homart presented its top quality Australian made products to visitors. At […]

Homart Group recently accepted an exclusive interview with AoCai.com.au .Since its establishment in 1992, Homart Group has continued to grow rapidly, producing high-quality health foods, skin care products and dairy products in many countries in Asia, Europe, USA and the Middle East. AoCai.com.au is Australia’s longest-established and authoritative website for Chinese finance, wealth management and […]

The annual City2Surf charity popular road running event was successfully held in Sydney. Homart Group has been passionate about this event for many years and has fulfilled its corporate responsibility. This time, members of the team have also been sent to participate in the event and presented a gift for each member of the Royal […]

AUTILI is the dairy and maternal nutrition brand of the Australian pharmaceutical company Homart Group, which has won 16 awards in the past six years. AUTILI was exhibited at the 18th Children-Baby-Maternity Expo (CBME) in China recently. Its international brand image and excellent product quality made AUTILI quickly win the favour of many channel merchants! […]

Medical health is Australia’s most competitive industry, while China, as an emerging market, has an increasing demand for health products. Since the implementation of the China-Australia FTA, the Australian health industry has developed rapidly. As a representative of Australian healthcare companies, the 26-year-old Australian pharmaceutical group Homart Group has won an exclusive interview with People’s […] 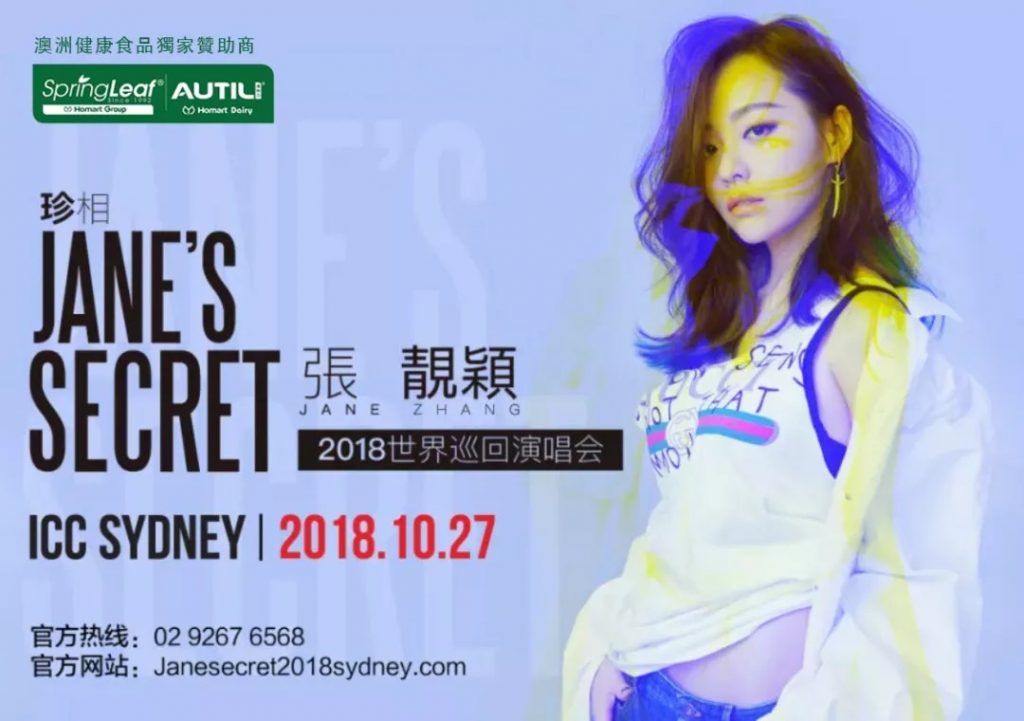 Sponsored by Homart Group, Jane Zhang 2018 World Tour Concert will be held on ICC Sydney on October 27 2018. Jane Zhang is the first Asian singer to perform on the Victoria’s Secret Fashion show runway and was once a guest on The Oprah Winfrey Show.  Jane also won many awards both in China and internationally. […]

Since its establishment 26 years ago, Homart Group has been developing and manufacturing products with its best selection of materials and formulas in strict accordance with Australian cGMP regulations. Homart’s popular product- SpringLeaf Premium Lutein Aussie Kids Gummy has not only been popular with many Australian buyers since its launch, but also has been favoured […]

The film “Animal World” starring Li Yifeng and its world premieres in ten cities were grandly launched. The premiere in Sydney was the first of the ten! The enthusiastic audience filled the event venue, and the gift sponsor Homart Group also presented the Cheri Hyaluronic Acid Seaweed Mask to the participants. This grand premiere had […]